Home
Adopting From Foster Care
Our Foster to Adoption Story 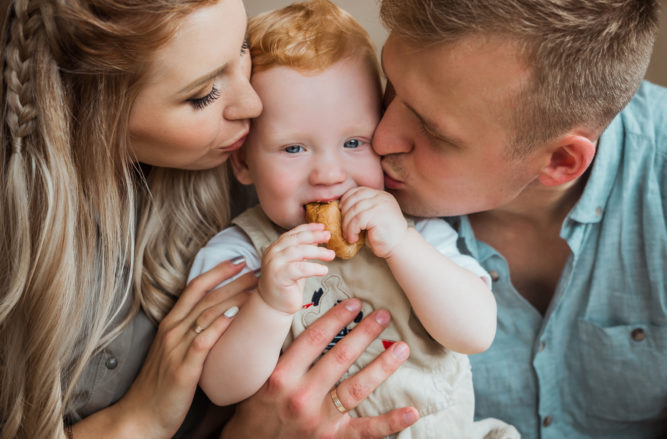 The first time I met them, I was pretty sure the caseworker had brought me the wrong kids. I was told to expect an 8-year-old boy, a 9-year-old-boy, and a six-week-old baby girl. The children trembling and pale in front of me were barely the size of 5-year-olds and the baby was a whisper of a baby doll, barely weighing six pounds. Surely someone had made a colossal mistake. These could not be the children I was told to expect. That would not be the last time I sat head between hands in confusion over the children standing in front of me.

Foster care adoption is not for the faint of heart, I would soon learn. Our license was for foster care but we were also licensed to adopt should the children in our care become available to be adopted. That was in no way a promise that we would be able to ever adopt the kids that came into our home. We entered in fully expecting to, at some point, need to say goodbye to the kids we were meeting. That was the deal, we would care for them as if they were ours until either they went back to their families or became a part of ours.

The children were emaciated. Every rib prominent, faces gaunt and haunted. The first few months were a blur of doctors appointments, counselor appointments, court dates, and visitation for the kids with their parents. I sincerely cannot imagine how we would have survived without the help we received from our friends. A newborn and two children who had barely been outside their own house, never mind in a school setting, were a startling and sudden induction into parenting.  Our oldest son would, on occasion, scream for hours at a time because of the fear, rage, frustration, and pain he was feeling. Every time I called my caseworker to ask what to do she would ask, “Do we need to come get them? Is it too much?” “No,” I’d reply, “I just need to know what to do.” It was usually “write down the incident and stay nearby” just in case he wanted to talk to me. I spent more time crying the first year than I had in the past 10 years, and I am a crier, so that tells you a lot.

School was becoming more and more of a struggle. The boys had been illiterate when they came to us, even the alphabet was a bit confusing to them at the start. At 8 and 9 they couldn’t be placed in Pre-K where they needed to be, so the school accommodated them as best they could. Every night after school, the drama of getting homework done escalated into someone (often me) leaving the room in tears.

Things would continue with weekly bio parent visits at McDonald’s where the kids would return with bags of candy and dollar store toys and tales of returning to bio parents “any day now.”  The court would continue to give the parents time to “work their plan” as I grew to love these children as my own and realize the depths of the abuse and neglect they had suffered at the hands of people who were supposed to love them.

At the one-year mark of the case where things were supposed to wrap up, the case was extended six months. We were, however, asked if we would be willing to adopt the kids should they become available. For the first time, I felt real hope that these little loves would become ours. The teeny baby that had been dropped off was now a chubby, lovable toddler, and the boys were growing by leaps and bounds, every few weeks needing bigger clothes as their bodies adjusted to being in a safe place with enough food. Our boys started being more honest about what their previous living situation had been and admitted to not wanting to eat so much food so their stomachs wouldn’t hurt later when they went back home and wouldn’t have enough.

Finally, the court was held to determine if parental rights would be terminated on the biological parents. The caseworker had brought several witnesses and multiple written testimonies, but they ended up not needing them. The parents ended up relinquishing their rights that day. The judge still took testimonies for the court record and the elation I had felt at being able to eventually adopt those kids turned to horror when I bore witness to exactly what my children were subjected to for the first eight years of their lives.

We told the boys we had a special counseling session so the bio parents could say goodbye. Afterward, we asked them if they understood what was going to happen. When we clarified, they were angry. “I just learned how to spell my last name! How am I going to learn ya’ll’s last name now?!” was my oldest son’s first concern. We bought ice cream to soothe the pain of an ending and celebrate a new beginning.

After a few months of some paperwork and nail-biting anxiety that something would go wrong, we eventually got to formally adopt our kids in front of the judge that had walked us through from beginning to end of this case. She came off her bench and held hands with us as we prayed about our future, and gave each of the kids a hug and told them how lucky they were. She was wrong about that last point. They weren’t the lucky ones. It was us. I finally had my children that I had loved for two years with the knowledge they could be taken away at any moment. Adoption day was one of the happiest days of my life. 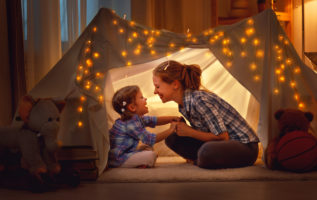 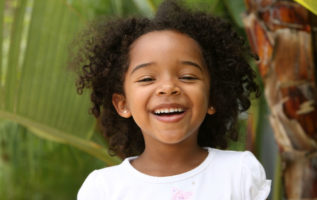 Christina Gochnauer is a foster and adoptive mom of 5. She has a bachelor's degree of Psychology from Letourneau University. She currently resides in Texas with husband of 16 years, her children ages 3, 3.5, 4.5, 11, and 12, and her three dogs. She is passionate about using her voice to speak out for children from "hard places" in her church and community.

FosterAdoption.com focuses primarily on helping you understand what adopting from foster care is like, what becoming a foster parent is like, and tips for being the best foster parent out there.

This website uses cookies to improve your experience while you navigate through the website. Out of these cookies, the cookies that are categorized as necessary are stored on your browser as they are essential for the working of basic functionalities of the website. We also use third-party cookies that help us analyze and understand how you use this website. These cookies will be stored in your browser only with your consent. You also have the option to opt-out of these cookies. But opting out of some of these cookies may have an effect on your browsing experience.
Necessary Always Enabled
Necessary cookies are absolutely essential for the website to function properly. This category only includes cookies that ensures basic functionalities and security features of the website. These cookies do not store any personal information.
Non-necessary
Any cookies that may not be particularly necessary for the website to function and is used specifically to collect user personal data via analytics, ads, other embedded contents are termed as non-necessary cookies. It is mandatory to procure user consent prior to running these cookies on your website.
SAVE & ACCEPT